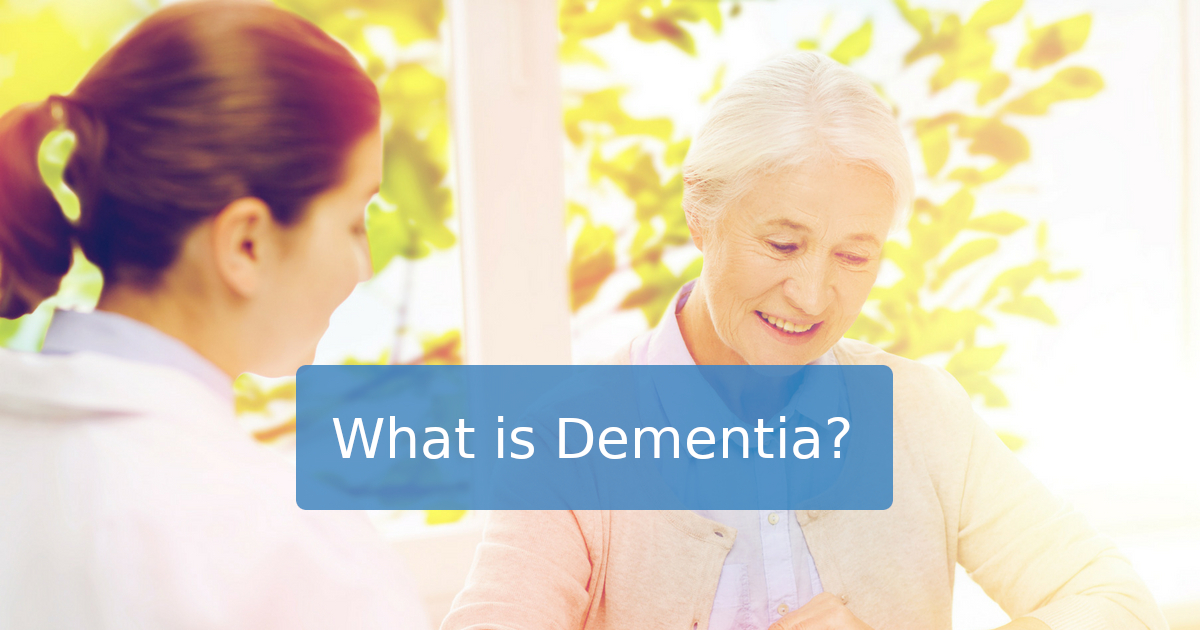 Dementia is a broad umbrella term used to describe a range of progressive neurological disorders. There are many different types of dementia and some people may present with a combination of types. Regardless of which type is diagnosed, each person will experience their dementia in their own unique way.

Symptoms of dementia can include: 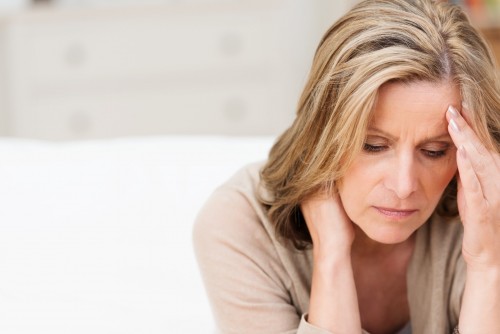 Memory problems – short term memory is often affected and new information is difficult to retain for a person with dementia. People with dementia can get lost in seemingly familiar places and may experience confusion with names. Families may notice that their loved one is increasingly forgetful and loses items regularly. However, we all forget a name or face once in a while and this is nothing to worry about. When noticed on a more frequent basis it is advisable to seek medical advice. 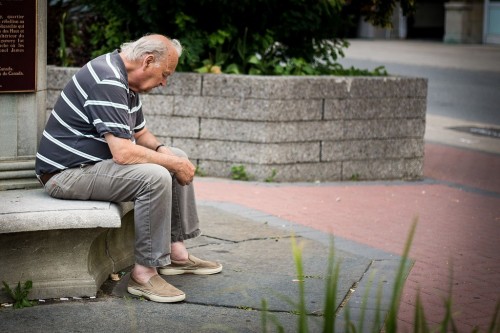 Cognitive ability – people with dementia may experience confusion in environments which are unfamiliar to them. They may have difficulty orientating in time and place, for example, getting up in the middle of the night to go to work, despite being retired. Their ability to focus on specific tasks may be affected, concentration may be difficult to sustain. These symptoms may be noticed in activities such as shopping, where there maybe confusion over goods and payment. Their ability to reason may also be affected. For many people with dementia they get a sense of restlessness and prefer to keep moving than sitting still. 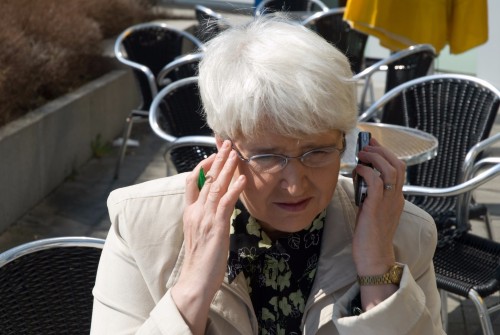 Communication – problems with communicating may be noticed. People with dementia may repeat themselves often or have difficulty finding the right words. Reading and writing may become challenging for a person with dementia. They may experience changes in personality and behaviour, mood swings, anxiety and depression. As a result, people with dementia may lose interest in engaging with others socially. Often following and engaging in conversation can be difficult and tiring and so a formerly outgoing person may become quieter and more introverted. Self-confidence will be affected.

Dementia can be a combination of one or all of the above symptoms, which have been occurring for a period of time and are progressively getting worse. In familiar places it is easier to hide some of the difficulties experienced by people with dementia; plus the symptoms can be seen gradually over time and are initially easily explained away.

Any concerns about forgetfulness or confusion should always be discussed with your GP. There may be many reasons for these symptoms and it is always best to get them checked. 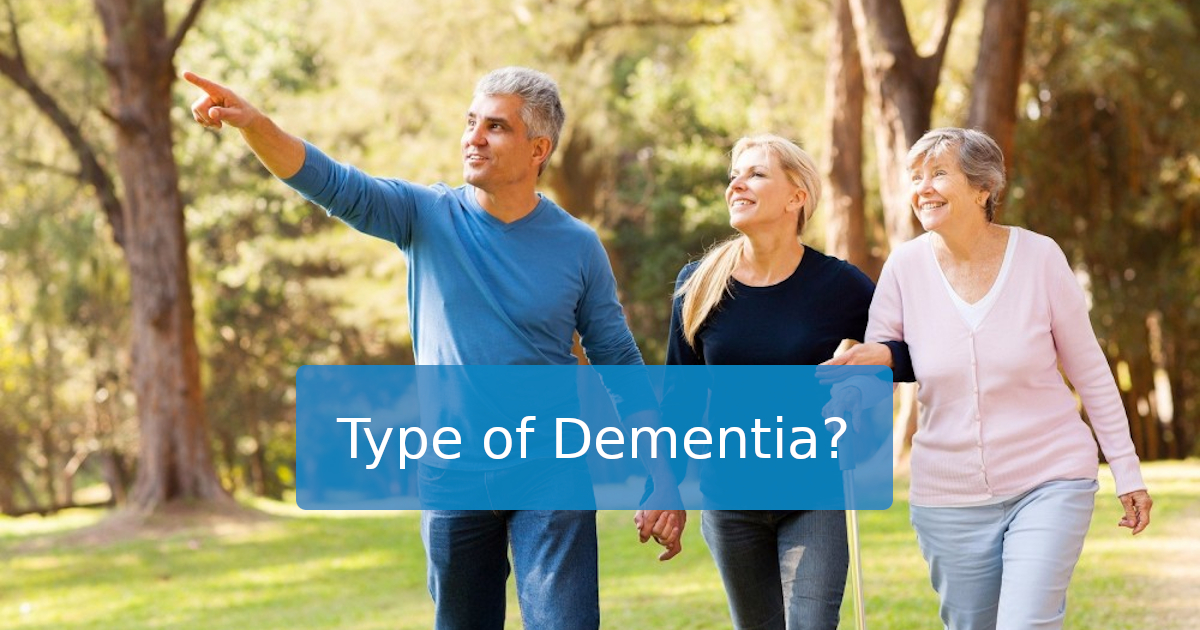 Alzheimer’s disease is the most common type of dementia in the UK. Symptoms of Alzheimer’s disease affect five main areas – memory, cognitive ability, insight, language and spatial awareness. Symptoms may include: poor memory function, particularly in relation to time; inability to recall recent events; general forgetfulness characterised by losing things, inability to recall messages or repeating oneself. Typically, memory problems are concealed by an increased dependency on routine and familiar environments. Cognitive ability may be impaired in a number of ways including, poor organisational skills, and an inability to perform every day and familiar tasks; impaired decision making and affected conversation – conversation can appear slow or muddled- and difficulty following a television programme may be noticed. Decision making is also affected and poor judgements may be made. Those with early stage Alzheimer’s disease may show less initiative and have fewer original ideas. It may be noticed that there is an increasing dependency on relatives.

In dementia with Lewy bodies, cognitive impairment can fluctuate and movements are particularly affected, with poor motor control. A person with Lewy bodies might shuffle as they walk and be more prone to falls. Tremors may be noticed, similar to those experienced by people who have Parkinson’s disease. Due to the nerve cell damage of Lewy bodies, hallucinations are often present in those with this type of dementia. These hallucinations can be both visual and auditory. Memory is often less affected than with other types of dementia, but a person might experience sudden bouts of confusion which can change on an hourly basis. Swallowing can also be affected as can sleep patterns. People with Lewy bodies tend to fall asleep easily during the day, but then experience disrupted sleep at night, often having intense dreams or nightmares. As with all dementias, Lewy bodies is progressive and symptoms will worsen over time.

Young onset dementia can be particularly problematic. The diagnosis is often unexpected and the resulting loss of income (sometimes double as a partner may give up work to care for their loved one) is difficult to manage. Children may be younger and also take on caring roles as the disease progresses.

Prevalence and incidence rates of dementia in the UK

Dementia is a global concern but is predominantly seen in wealthier countries, where people are likely to live into very old age. The Alzheimer’s Society (2015) reports there are over 850,000 people living with dementia in the UK today. Of these, approximately, 40,000 are people with young onset dementia, which affects people under the age of 65. As a person’s age increases, so does the risk of them developing dementia. It is estimated that the number of people living with dementia in the UK by 2025 will rise to over 1 million. Whilst rates of diagnosis have improved, it is widely believed that dementia is still significantly under diagnosed.

It is important that an accurate diagnosis is correctly made as early as possible to ensure that appropriate advice, support and treatment is given and plans for the future can be made.

Reduce the risk of developing dementia

There are several risk factors associated with developing dementia, age being the greatest, as people age so does the likelihood of developing dementia. Dementia can affect both men and women. In the current population, women are more likely to develop Alzheimer’s and men are more likely to develop vascular dementia. We cannot rule out the risk of developing a dementia entirely, but we can develop a healthy lifestyle which mitigates some of that risk. What’s good for the heart is good for the brain. Giving up smoking, eating a healthy diet, regular exercise and reducing alcohol intake are all ways in which we can adopt a healthy lifestyle. Keeping socially active, reducing cholesterol and lowering blood pressure also have a positive impact on health and well-being.

If you are concerned about your own memory, or you are worried about changes you have noticed with the memory, personality or behaviour of someone close to you, it is important to consult a GP as soon as possible, so that an accurate diagnosis is made. This will make sure that you are given appropriate advice, support and treatment, and means that you can make plans for the future. Going to a GP can also highlight and address treatable conditions that initially look like dementia but are not. Depression, vitamin B12 deficiency, delirium, thyroid problems, infections, or vascular problems can all affect a person’s alertness, memory, or brain function. Further information on the assessment process can be found by clicking on this link https://www.dementiauk.org/support-available-for-a-person-with-dementia/

END_OF_DOCUMENT_TOKEN_TO_BE_REPLACED

This site uses cookies. By continuing to browse the site you are agreeing to our use of cookies.